Halloween spot the difference by No 1 supporter Amy! 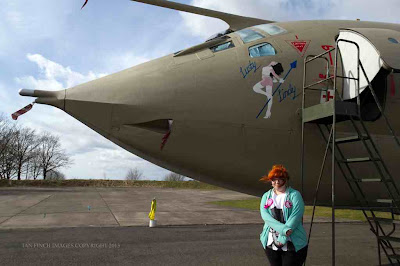 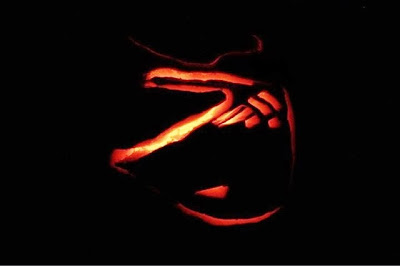 Posted by Missppitstop at 22:01 No comments:

V Bomber rear crew seats are notoriously 'knocked around' and well used. So, it was decided to refurbish the leg supports from two of the rear crew seats which, were showing their ages. These supports fit on the front of each seat and basically sit under the knee area. The height is adjustable to the seat occupants own personal comfort. 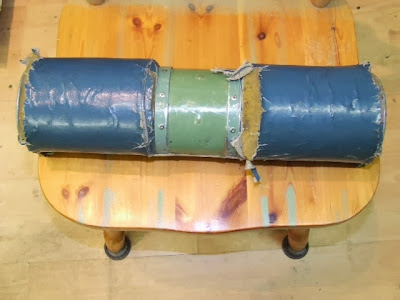 The supports from the 6th seat (Crew Chief) and the Nav Radar were removed earlier in the week and refurbished by myself using replacement vinyl. As can be seen there are a large amount of pop type rivets holding the covers in place and all of these had to be removed first. 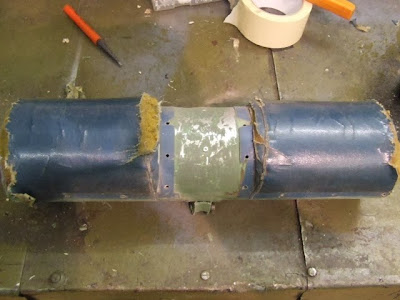 I decided to use black vinyl as I have previously refurbished the AEO's seat support in the same material and being a tight fisted Yorkshireman I have a roll of nice black vinyl from my Motor Trade days... 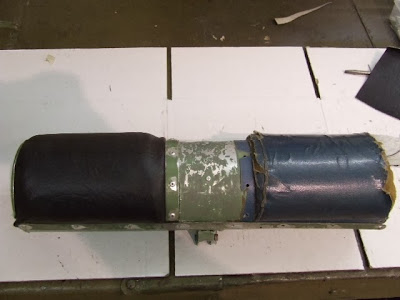 The colour is Ford Highland Green, which is closer to the original manufacturers colour, which I found when I rubbed back  several layers of  paintwork 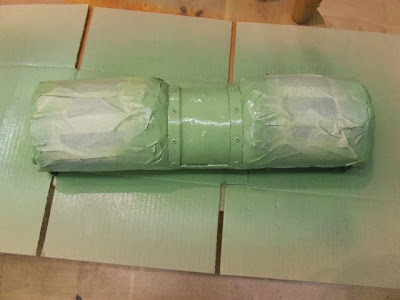 Anyway they will now hopefully last for a good many years to come and they were the scuffiest parts in XL231's otherwise immaculate cockpit. 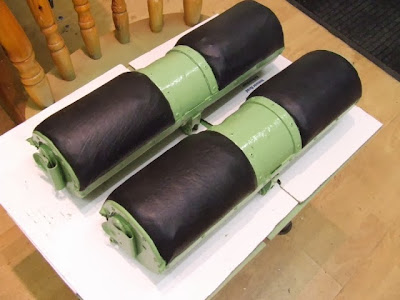 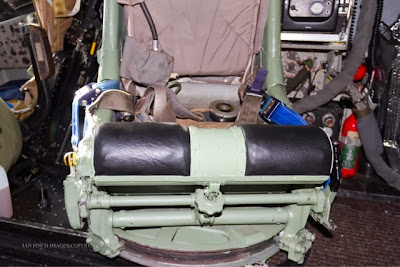 Posted by Missppitstop at 20:42 No comments:

As a celebration of XL231 flying into Elvington on the 25th November 1993, it has been decided to celebrate this historic milestone with a high-speed taxy/aborted takeoff demonstration using the tail braking parachute on Monday the 25th November, the actual date of the anniversary.

Weather conditions will determine the nature of the display on the day but the intention is for the aircraft to be started around 13.30 at the Eastern end of the airfield with a slow taxy demonstation down the runway. This will enable operations of the airbrakes, flaps and Hose Drum Unit (HDU) etc to be demonstrated for the visitors. Once at the Western end of the runway the aircrat will be turned and lined up for a high-speed run up to around 120knots (weather dependant) and crosswind limits permitting, the 80ft diameter brake parachute will be streamed.

The high-speed demo is scheduled to happen at 14.20 the exact time XL231 touched down at Elvington and will be in the same direction as the landing.

The brake chute will be carried as far as possible up the runway for photographic purposes and will only be dropped as XL231 turns into the dispersal. Once in dispersal the 'after landing and shut down checks' will be carried out and the aircraft made safe.

Once the Crew Chief is satisfied the aircraft is safely parked, the aircraft will be made available for visitors, including a rare opportunity to visit the flightdeck. Donations at this point will be gratefully received.

The crew will be available to talk about the aircraft during this period.

It is hoped some of the original crew will be present for the 20th Anniversary, one member has already confirmed his intention to attend. Contact details have been found for all of the flightcrew. However the Crew Chief is proving elusive, any details of the whereabouts of Paul Covell would be appreciated!

Posted by Missppitstop at 21:17 No comments:

Unique piece of Lindy memorabilia up for grabs

To celebrate 1 year of #twitterVforce and 20 years of Lindy leaving the Royal Air Force we have teamed up with twittervforce.com to auction off a unique piece of Lindy history and raise vital funds for her ongoing upkeep.

The item in question is:

Victor main wheel tyre, Removed from the Port front outer wheel assembly after the run in May where Flt Lt Olly Suckling Captained XL231 ‘Lusty Lindy’ for the first time. Remove due to wear and the second set of chords showing. In RAF speak; WTL (Worn to Limits) 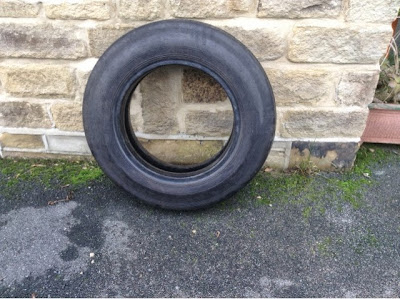 Visit blog.twittervforce.com to find out more and place your bid!!

All monies raised from the auction will go to the ongoing maintenance of XL231. Thank you
Posted by Missppitstop at 18:54 No comments: