The conversion process to transform the Victor B2 into the Victor K2 was a complex procedure and this came into being due to the fact that the RAF's current tanker fleet of Victor K1 & K1a aircraft were frighteningly underpowered in certain circumstances and the Victor B2 was in the process of being retired as a front line bomber aircraft. 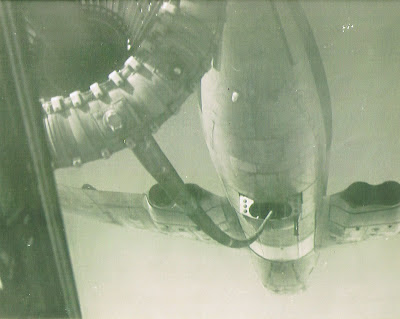 XL231 was selected as the prototype aircraft for the K2 Tanker Programme, first flying in April 1972 in a partially converted form for trials only at Bae Woodford and AAEE RAF Boscombe Down.

Basically the conversion involved installing a Mk17B Hose Drum Unit(HDU) with a delivery flow capacity of 500 gallons per minute in the rear of the vast bomb bay in a retractable carriage assembly, utilising the hydraulic circuits for the redundant bomb doors for raising and lowering of the carriage. The HDU was used for refuelling large aircraft such as other Victors, VC-10, Vulcan etc. Two large metal fuel tanks were installed in the rest of the available space. Each tank has a capacity of 16,000lbs. The bomb doors were removed and faired over into two removable panels, with the fuel tanks suspended on the original bomb carrier mountings. 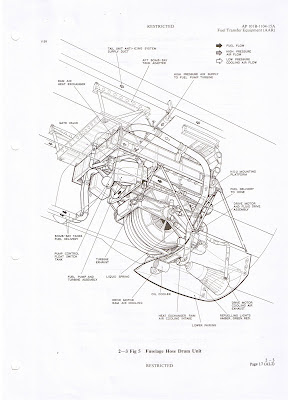 The wing air to air refuelling points consist of a Mk20B pod installed under each outer wing, these were used to refuell smaller aircraft such as Buccaneer, Jaguar, Harrier, Tornado etc. 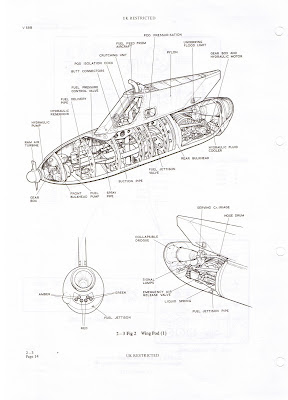 In order to counteract the fittment of the wing pods and to assist in maintaining the aircraft's fatigue life the ailerons were up-rigged to 5 degrees above the neutral position and the wingspan reduced by 3 feet at the wing tips.

Other modifications included a revised flightdeck with an updated fuel control panel (panel AT), deletion of some of the services relating to the Nav/Bombing systems and the deletion of a rapid starting system on Nos 3&4 engines,the facility was left in place for Nos 1&2. 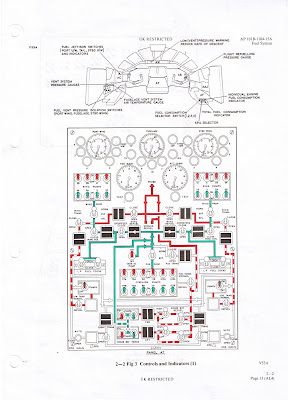 All electronic counter measures (ECM) were removed during the conversion process and post 1982 the aircraft were fitted with a tail mounted radar warning receiver (RWR).

OMEGA Navigation system was installed in the mid 1980's and this allowed the aircraft to operate with one navigator only. This also involved a complex modification to remove one Navigation position permanently from 1985 onwards. 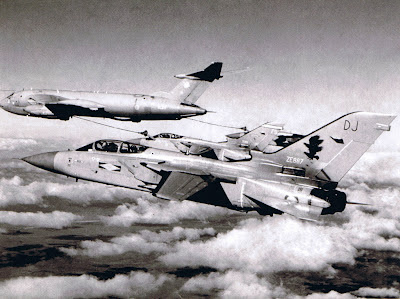