Timeline Events (TLE) were contracted by the Museum to run a photography and enthusiasts 'Nightshoot' on Friday the 14th October. Similar events are becoming very popular with classic aircraft, historic railways and historic transport in general.

XL231 was in the line-up for the photo shoot as well as the Museum's Nimrod (XV250) and Blackburn Buccaneer (XX901). Re-enactors were also used to bring some of the photographs to life.

Various different types of coloured lighting were used, along with smoke generators and the effects were impressive. 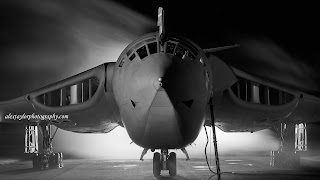 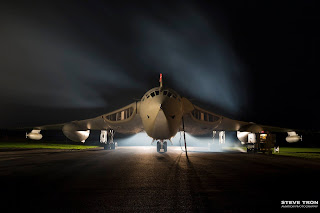 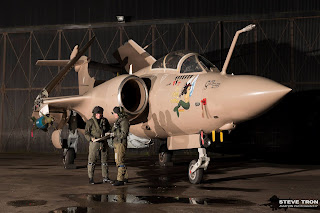 Posted by Missppitstop at 01:18 No comments:

I noticed a while back that the Captain's Artificial Horizon was sticking during power-up and the horizon bar was not oscillating as it should do. This is part of the Smiths 'Military Flight System' or Mystery Flight System by its RAF  nickname! It comprises of two artificial horizons, 2 vertical gyro's, 2 beam compasses, 2 azimuth gyro's and 2 compass amplifier units. 2 linked separate systems for the Captain and Co-pilot and this is also integrated with the Navigation Bombing System (NBS) and also the Instrument Landing System (ILS).

We changed and swapped the vertical gyro's and other spare components around that control the horizon's and the effect was the same. So, I concluded it was the instrument that was at fault. Because roll and pitch only happens in flight it became clear that the flight instruments, particularly the artificial horizon's would slowly seize up with ground use only.

I removed the instrument from the panel and dismantled the casing to find the mechanism's to be very stiff. With a good clean they freed up nicely and the instrument is ready to be refitted.

As far as I know this is the ONLY totally working MFS system fitted in any of the surviving working V Bombers so, it is historically important to keep it working. Luckily we have a number of spare components. But, we are always on the look out for further spare parts.We are fortunate to have the correct MFS test set that plugs into the aircraft and we have run the correct checks a number of times. 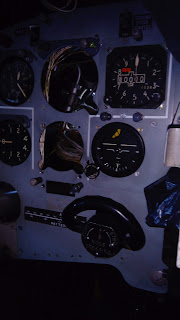 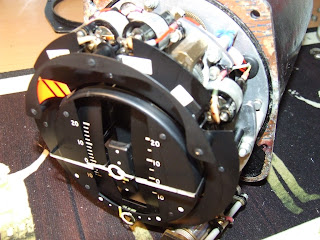 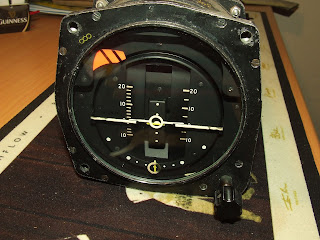 Posted by Missppitstop at 01:14 No comments: 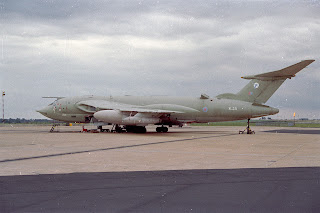 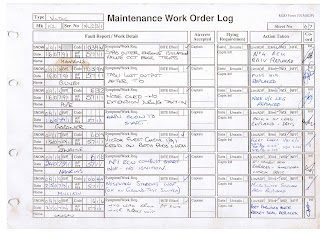 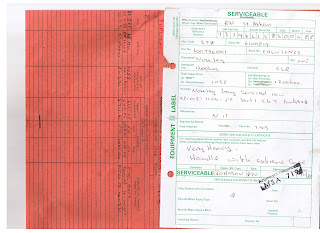 
This week saw the Morris Minor's Marie Curie Car Marathon stop off at the Museum, as part of their cancer charity fund raising road run. They chose the Victor as the backdrop for their on-site pictures. 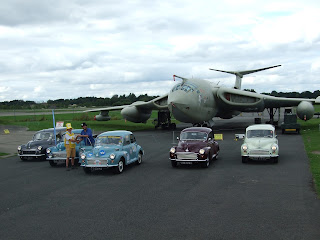 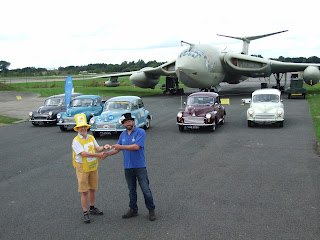 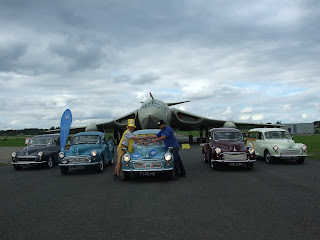 Posted by Missppitstop at 05:03 No comments: 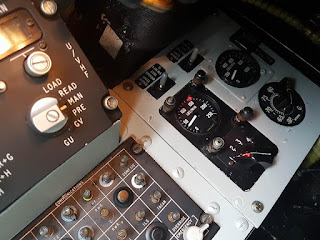 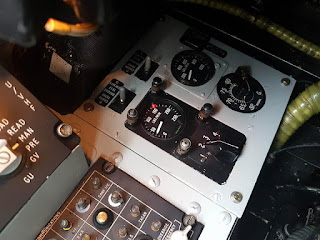 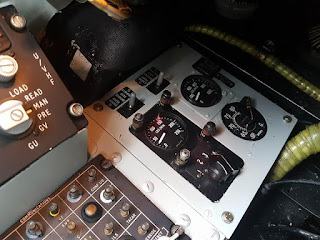 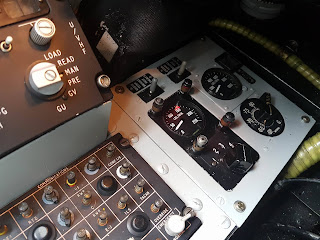 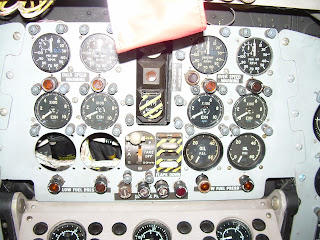 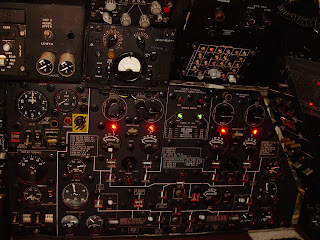 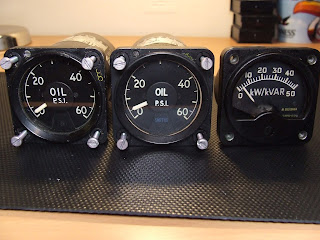 As time goes on, age and the weather take their toll, especially on the softer items such as weather protection.

One such item we have run out of are some of the 'bungs and blanks', all very necessary to keep the weather, insects and birds out. The bungs simply rot away over time and in some 20+ years the stock of them has been gradually used up.

It was decided that some new one's had to be made as prototypes so, after a sheet of the correct material was kindly donated by Gary Hancock, YAM employee and former Bae Apprentice it was decided that Danielle would have a go at making some.

The end result is pretty good for a first attempt and these are for the Powered Flying Control Air Intakes in the leading edges of the wings. 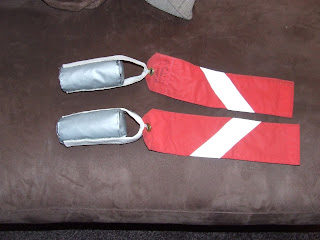 Any bungs or blanks from any aircraft type can be modified to fit so, anyone with such items lying around please let me know!

Posted by Missppitstop at 07:22 No comments: