We soon worked out that in order to keep XL231 in a fully working condition we would need lots of spare parts. Very little was obtainable via RAF Marham as the Victor spares holding was disposed of very quickly with most going to landfill or to the MOD's chosen disposal agency, MAS at Taunton.

We therefore approached the RAF to obtain permission to 'rob' any VIctor's that had been flown to various Stations for fire fighting duties etc and all responses were favourable.

RAF Brize Norton was the first to reply and offer help. XL164 'Saucy Sal' was sat on the Fire dump awaiting destruction. She was complete systems wise but no real 'goodies' remained in the cockpit, all having being taken by souveniour hunters. All crew seating, instruments and yokes had gone. However we spent the thick end of two days removing electrical, avionics and mechanical parts and even the Artouste APU engine which is currently fitted in XL231. To say she had been sat for just over 6 months the birds nests in every apperture had to be seen to be believed, they were huge and I'm glad we never saw any of the occupants! Without this opportunity XL231 would NOT be in working order today and we came away with a huge spare inventory. 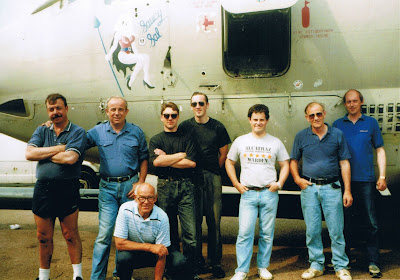 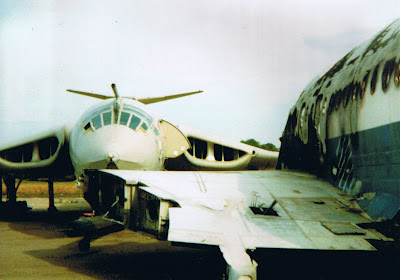 The next 'robbing trip' was XL188 at RAF KInloss and she was in pretty poor order having been cut in half aft of the trailing edge due to apparently interfering with the airfield radar systems. She did still have many parts fitted and we ended up with a car full of usefull parts. Even though we had official permission to remove what we wanted the patrolling RAF Police came and gave us a hard time and we were escorted back to the Guard room to re-authenticicate our reason for being there! My colleague was based at RAF Kinloss and so he was pretty rattled by the 'officialdom' and we were then escorted back to XL188 with orders to stay with it until the RAF Police came back. Anyway several hours later they hadn't returned so we made our own way back to the camp. 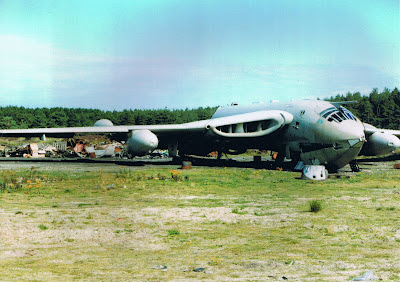 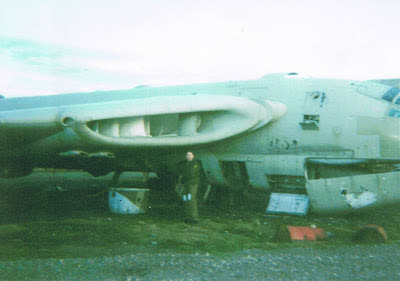 The final spares recovery was XL190. She had been flown into RAF St Mawgan for fire duties but was then sold to a group intending to fly her out to Lincolnshire in 1994 for inclusion into a 'new' aviation museum. This never happened and the MOD reclaimed her as a 'debt' for non payment of storage charges. 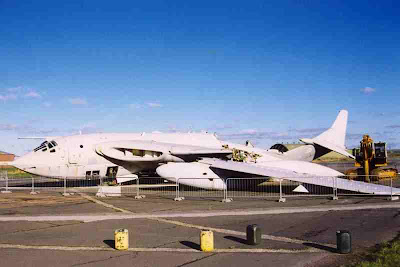 She was auctioned by a large London auction house in complete condition but sold for scrap to an aviation reclamation company. The flight deck was moved to the museum at Manston in Kent and we were able to aquire all avionics and systems that were not visible for public display. 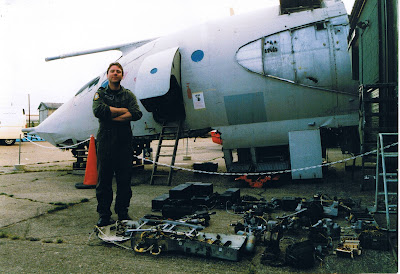 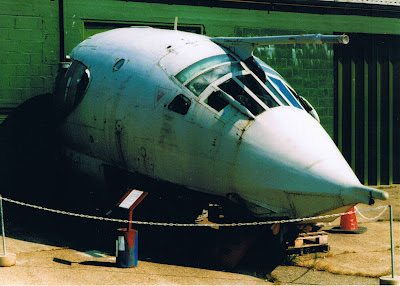 As late as 2009 we obtained the motor for the rear view periscope and the museum have been very supportive towards us and our needs over the years. The company that scrapped XL190 saved all 3 undercarriage assemblies and we were able to obtain these for spare parts. 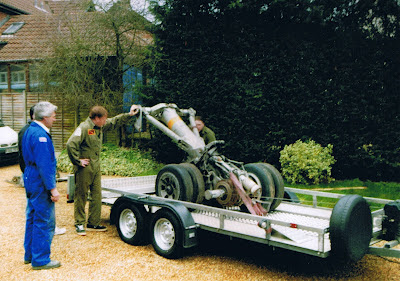 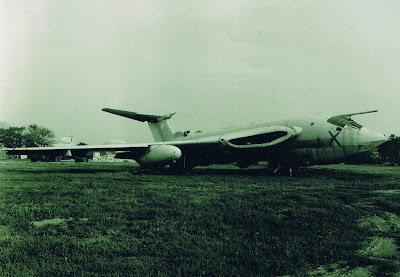 XL162 on the fire training area at Manston. We were lucky enough to aquire the main undercarriage legs for spares recovery. Note the blue cross signifying the airframe had to be scrapped under the SALT treaty

Over the years many individuals and organisations have help with spare parts for XL231. It never fails to amaze that we are constantly finding items that have been lying in people's lofts and garages. One of the most recent aquisitions was a complete 'as new' powered flying control unit, that someone had bought surplus. Quite why someone would want to purchase it is a mystery as it is totally useless and not something to display on your study shelf, but lucky for us he did!

We are always looking for Victor parts and memorabilia. Any items no matter how mundane they may seem will probably be of use to us, so turn out your toy boxes folks!