Last week XL231 decided that she didn't want to accept 200 Volt ground power, this caused a bit of head scratching, and John to get his electrical brain cells into action. At first we assumed that the GPU (ground power unit) to be at fault, however, after carrying out checks we decided that the GPU wasn't the culprit.

The aircraft then suddenly accepted ground power and we were relieved. Unfortunately this was short lived and power soon tripped again, it then re-set for a similar short time before tripping yet again.

We checked the aircraft to ensure no heavy loads were on and tried again, all seemed okay but only for a short time before it re-tripped!

It was then that I noticed an orange warning lamp illuminated on the AEO's panel. The port side NPSU (Negative Phase Sequencing Unit) had tripped.  "No problem I'll reset it" I thought and did so using the push reset button. The Ground power came back on and then re-tripped yet again!

It was then we realised that we had a problem, so out came the books over a coffee in the NAAFI and John decided the NPSU for the port busbars had failed.

The 2 NPSU's were fitted basically as a protection unit during the Tanker conversion programme to protect the aircraft's AC ground and APU electrical systems in case of failure of the powerful AC motor on the Air to Air Refuelling Hose Drum Unit (HDU).  It was deduced that the motor in a fault condition could in a worse case scenario seriously damage the aircraft's electrical system.
Luckily, we had spares-recovered spare NPSU's from Victor K2 XL164 'Saucy Sal' back in 1994 and I was able to remove one of them from the complete distribution board that we had taken out of the aircraft all those years ago.

It was a bit of a task to change it in the aircraft but once fitted proved to be serviceable. Rick will check the removed unit out for repair.
Posted by Missppitstop at 22:55 No comments:

Fancy drinking your mug of tea with Lindy looking back at you?

In an exclusive #twitterVforce competition we are looking for a photo of Lindy to feature on our 2014 mugs.

To be in with a chance of your photo featuring on our mugs visit http://twittervforce.com/blog/?p=674

Mugs featuring the chosen image will be available to purchase from early May with all proceeds going to the ongoing upkeep of Lindy.
Posted by Missppitstop at 20:57 No comments: 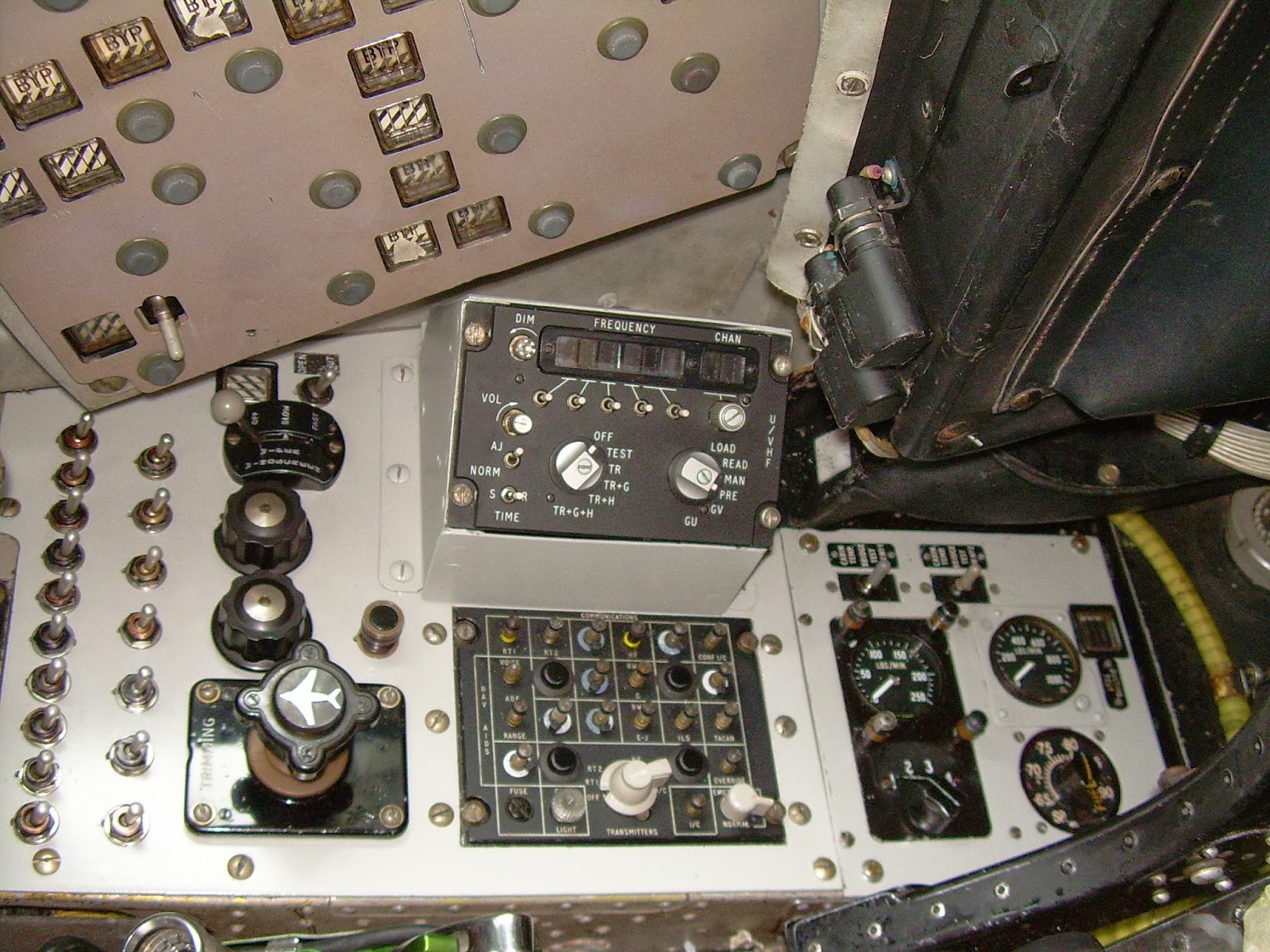 I have completed restoration of the co-pilots fuel panels and the panels re-fitted.  Making sure that all of the switches and wiring went back exactly where they should, was a bit of a headache and Rick Gill 'ably assisted' here.

Replacement parts included; the fuel flow meter 4 engine selector unit, manual density corrector and the magnetic indicator for the fuel de-fuel cock. The latter caused a bit of a snag as the original switch was left untouched and the indicator replaced, however when selected closed it indicated open and vice versa! The panel was removed and the wiring double checked. The wiring proved correct so we deduced the indicator was terminated incorrectly and altered it to make it indicate correctly.

The final job to do is for Ian Finch to install the switch captions which he is manufacturing, these are quite complex so are taking some effort.

Posted by Missppitstop at 20:27 No comments:

XL231  has finally been 're-acquainted' with the correct type of Morse Key. 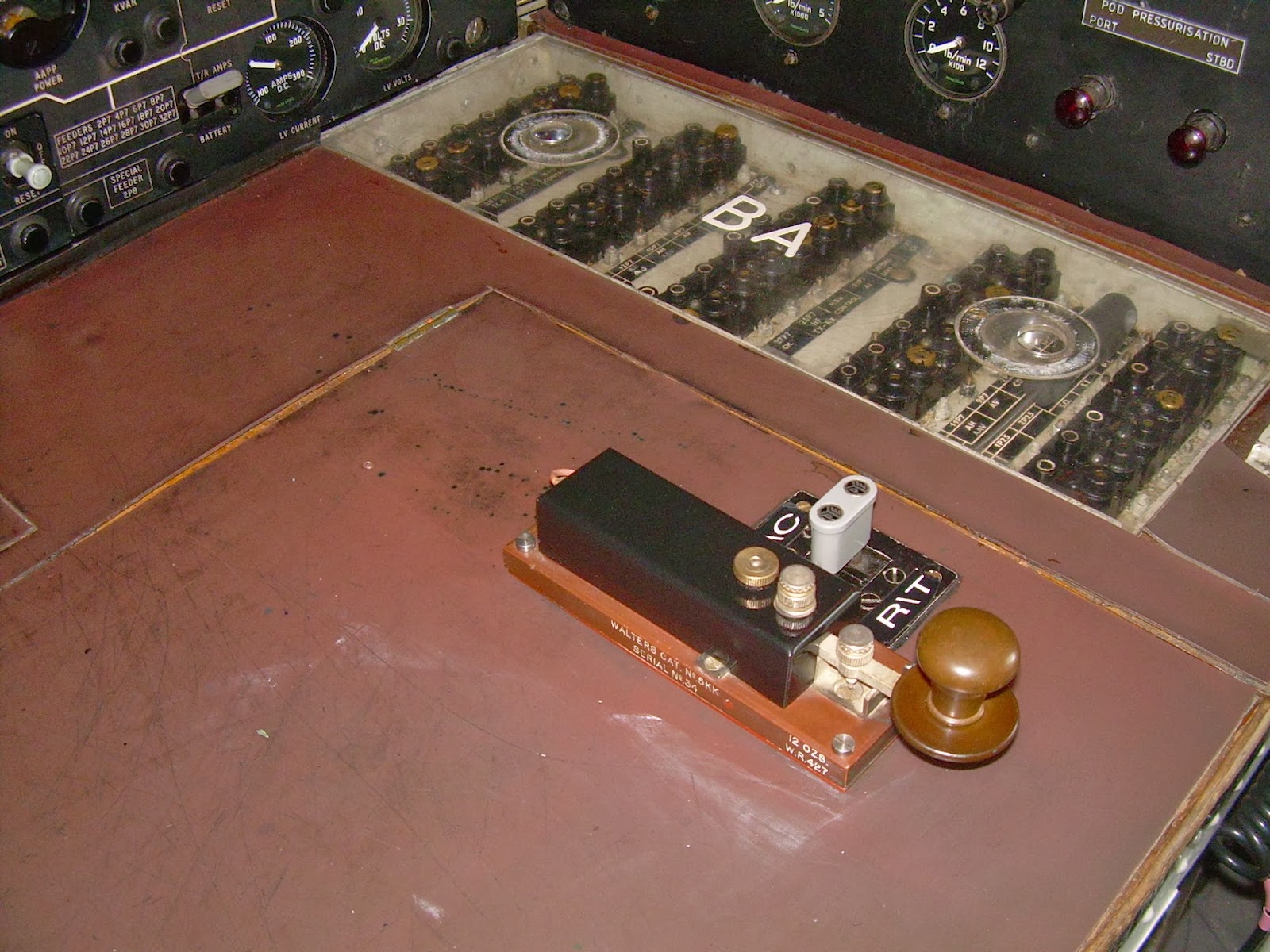 The RAF removed the original key as part of the de-commissioning process in 1993 and it has taken over 20 years to locate the correct one.  It was spotted by chance on ebay only last week and swiftly obtained!

I knew it matched original photographs but until I actually dropped it into place and all 4 mounting bolt holes lined up then I wasn't 100% convinced. However, it is now in and hard-wired and Al Stephenson the AEO has been asked to brush up on his Morse code. His answer when I told him was "Morse is like riding a bike, never forgotten!" 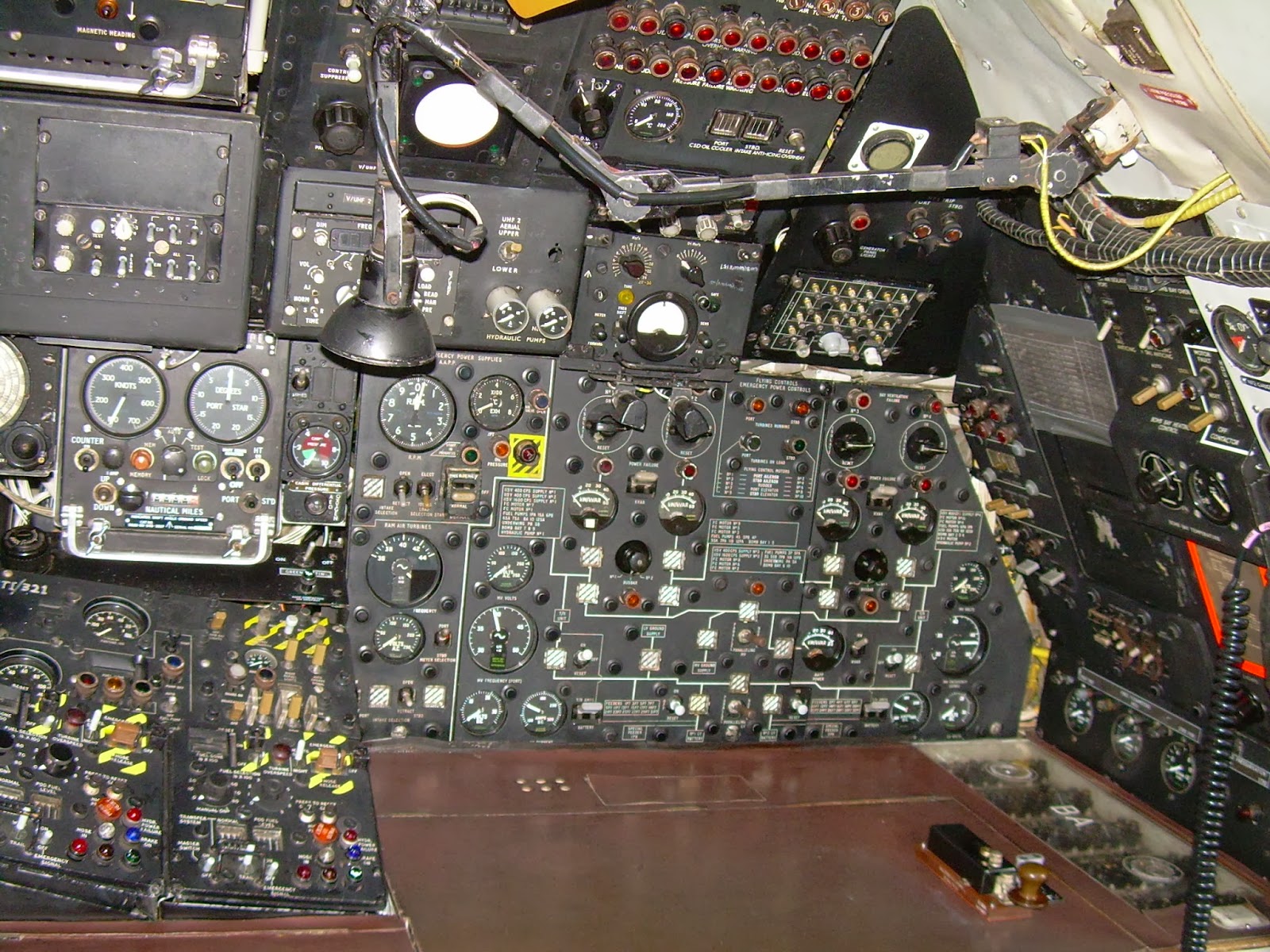 Posted by Missppitstop at 20:09 No comments: